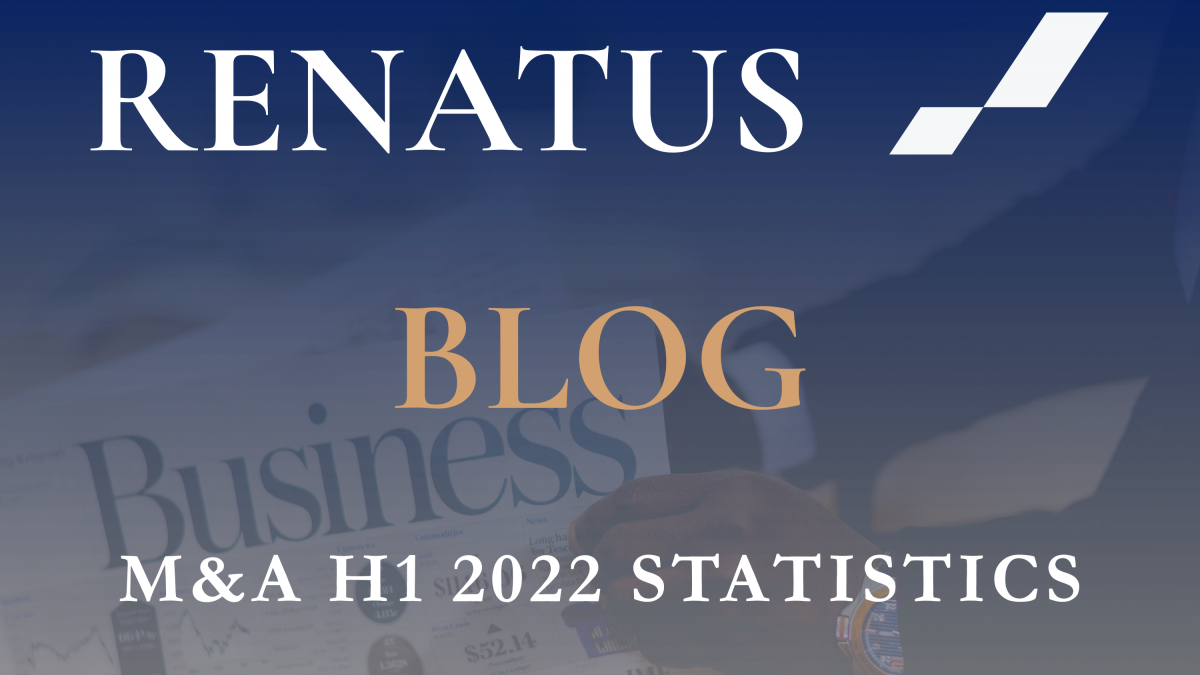 With the first half of 2022 recently coming to a close, we have taken a look back at Irish M&A activity in the first six months of the year. We at Renatus track all mergers & acquisitions (“M&A”) in the Irish market as part of our weekly newsletter which you can sign up for here.

In the face of numerous macroeconomic challenges including inflation, supply chain constraints, the threat of rising interest rates, among other factors, the Irish M&A market has remained buoyant. There were 226 deals completed in H1 2022 compared to 200 in H1 2021. As you might expect, both periods saw significantly more deals completed than in H1 2020 which was more severely impacted by Covid. The question now is whether this level of activity can be sustained or whether it will succumb to the effects of these macro headwinds.

Foreign companies have been the primary acquirers of Irish businesses

The primary category of acquirers in both H1 2021 and H1 2022 have been foreign businesses acquiring Irish companies, with H1 2022 being particularly strong. There are certain factors which may have enhanced the attractiveness of Irish businesses to foreign buyers. These include, but are not limited to:

Another notable trend is that there were no Irish IPOs in the first 6 months of 2022 versus three in the first half of 2021. This may be as a consequence of the volatility that has been witnessed in global equity markets.

Financial services and software sectors lead the way in M&A

There were also some landmark deals during the first half of 2022 for Irish businesses, two of which stood out in particular:

It has certainly been a strong first half of the year for Irish M&A which continues a positive trend since the worst of the Covid crisis. The question now turns to whether the momentum can be continued in the coming months and years ahead in the face of what undoubtedly very uncertain times for all businesses are.